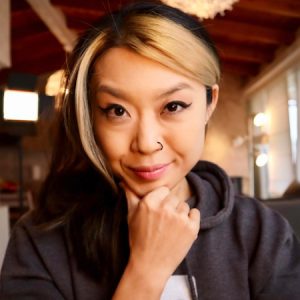 Kanji is a never-ending study!

First of all, What I’m going to talk about learning Japanese, is for the person who would like to speak Japanese as soon as possible because those who want to go to Japan, work in Japan, work in a Japanese company, meet more Japanese friends, etc.
This means those who don’t want to wait many years because learning Japanese is very hard!! If you would like to learn Japanese efficiently because you can’t wait many years, then my method and my experience are the best for you and I’m sure you can change your life by speaking Japanese just like me!!
Hi! My name is Terumi Kai from Japan who grew up in Japan for 28 years and now I’m living on an island in the Aegean sea in Europe and teaching the Japanese speaking method.
What I’m going to tell you, is to learn efficiently to start speaking Japanese as soon as possible. Because I couldn’t speak English and any other languages until the age of 28.
This means I couldn’t wait many years to start speaking anymore because then I will be a grandmother
👵▶️😱
I was a just normal native Japanese who can speak only the Japanese language.
But now I can speak 4 languages. 😉
Why?
Because I stop doing something and I started focusing on only one thing that I really wanted. That was speaking skills.
Because I wanted to communicate with the people in English.
No reading books alone or just watching TV.
Welcome to Terumi’s methods for the person
who can’t wait to learn Japaense for 20 years!!
By the way, everyone says that Japanese is difficult.
It is said that native Japanese speakers know 2,500 kanji and 48,000 words.
It will take more than 20 years for you to understand all this, to be able to read a newspaper and to become Japanese.
This is because it takes 20 years for a native Japanese speaker.
Let’s think about yourself to be successful at Japanese!
If you are studying only once a week, it will take you more than 50 years.
If you want to be able to speak Japanese, you don’t need to study kanji and vocabulary for 50 years.
Terumi’s Method to study Japanese efficiently and be able to speak Japanese in 2 months.
If you want to talk to Japanese people quickly, communicate with Japanese people, make Japanese friends, or try to get an interview at a company,
Terumi’s method is your first big step to be able to speak and it will change your life.
When you meet a Japanese person today,
what is most important is to be able to talk to them here and now.
After you can speak, you can study Kanji for years, as much as you want.
Focus on this first speaking, and in two months you’ll be able to speak!
Forget about Kanji until you can speak it or until you start living in Japan because it doesn’t relate to speaking Japanese in 2 months.
Let’s focus on Japanese speaking today!🔥😃❤️You can do it!

3 hours long value-packed lesson to learn how to train your Japanese speaking skills on your own  today.